All You Need To Know About FIFA World Cup Qatar 2022

The FIFA World Cup in Qatar 2022 is one of the most exciting and awaited football events that will be hosted from November 20 to December 18. You will be surprised to know this is first time the Arab country is going to host one of the biggest football tournaments in the world. The sports event is going to be held across 8 different venues in the country, including Al Bayt Stadium, Al Rayyan Stadium, and Al Thumama Stadium to name a few.

The country is ready to welcome huge traffic of football lovers from all over the world. Keep reading the blog to know more about the FIFA World Cup in Qatar 2022.

One of the most controversial aspects of the upcoming 2022 World Cup is the decision to play the event in the middle of winter rather than the normal summer months.

Final schedules are still being worked out, but the first Group A match between Qatar and Ecuador will take place on Sunday, November 20. The final will be held on 18 December 2022, which is also Qatar National Day.

The most notable change for the 2022 World Cup is the shift in dates. Since the host country is Qatar, the event has been shifted from its traditional June/July timeframe. The new window for this event is November 20–December 18. While the time allotted is shorter, the system of eight groups of four with the top two from each group advancing to the knockout round remains the same. Due to FIFA expanding the event to 48 participants for its 2026 staging in the United States, Mexico, and Canada, the FIFA World Cup Qatar 2022 is projected to be the last one to have 32 teams.

The Qatar 2022 schedule was released by FIFA a few hours after the draw was completed.

Kick-Off Time For The World Cup

Since the tournament has been reduced by three days, there will be four games played at different times on each of the first eight days. It’s scheduled to start at 10 a.m., 1 p.m., and 7 p.m. The last round of group games and the first round of the knockout stages will begin at 3 and 7 pm GMT, respectively. The 2022 World Cup final will take place on Sunday, December 18 at 3 pm GMT.

The brand-new Lusail Iconic Stadium, situated in Lusail to the north of the capital city of Doha, will host the final. It has a seating capacity of 80,000. During the FIFA World Cup Qatar 2022, games will be played in eight different venues.

The opening match will be played at the retractable-roof indoor Al Bayt Stadium in Al Khor, with each of the other stadiums able to accommodate at least 40,000 fans. It has the capacity to host 60,000 fans, making it the second-biggest stadium in the world.

As there are just eight venues and a more condensed schedule than normal, each venue will host six games in just 11 days during the group stage. With only one day in between matches, the ground crew will have their work cut out for them, even if the weather forecast calls for little rain.

Listed below is information about the venues that will be hosting the events.

How To Get The Tickets For The World Cup 2022

Any supporters who tried to get tickets during the first two general sales earlier this year should already be aware of their current standing. Members of the official England Supporters’ Travel Club are eligible to apply for tickets from the FA’s allocation. The time limit for membership applications has ended. Those still seeking tickets might be encouraged by the organizers’ promise of a “last-minute sales phase,” details of which have not yet been made public.

Al Bayt Stadium, the world’s second-largest stadium, will host England’s match versus the United States, which should make it simpler for supporters to get tickets. Tickets for the remaining group games are expected to be harder to come by because of the smaller stadiums in which they will be played.

Some Other Interesting Details About The World Cup 2022

The thrill of having the World Cup in the Middle East for the first time is unmatched. Significant changes are coming with this world cup and the fans cannot wait for the world cup to begin. 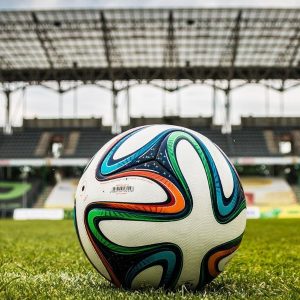